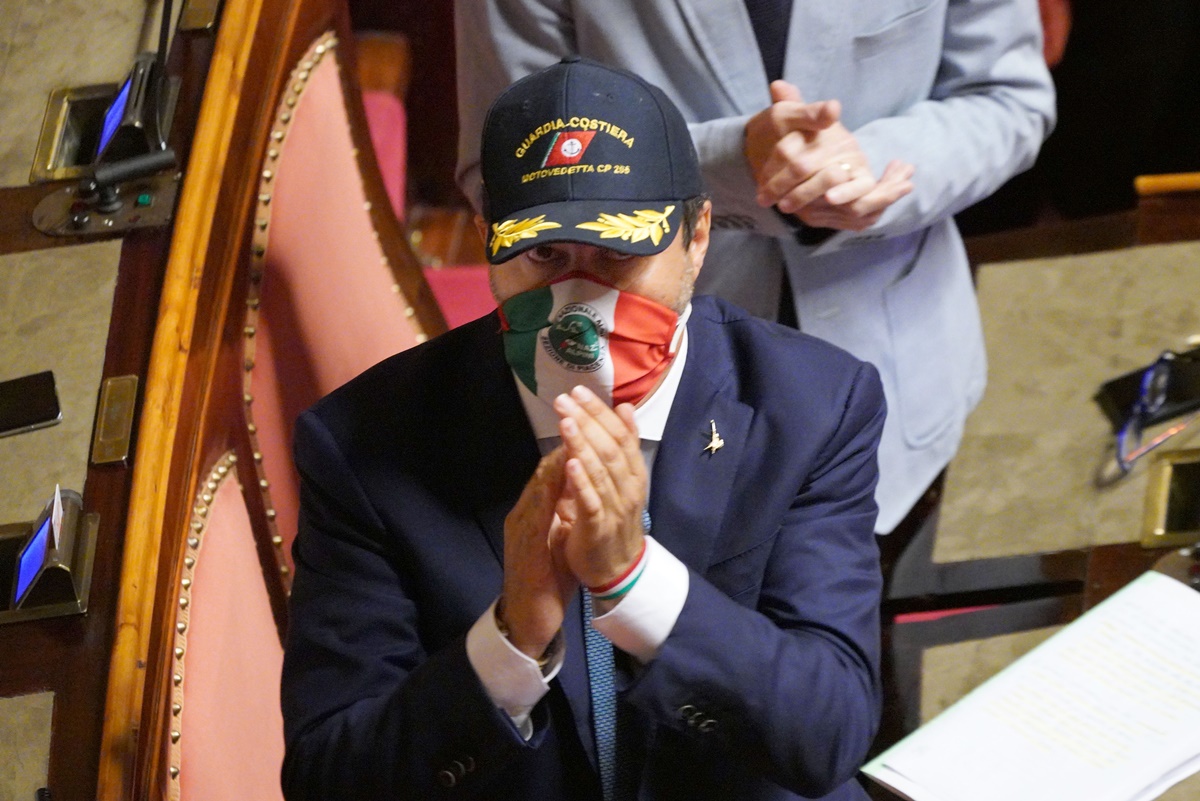 On Thursday, the Italian Senate greenlighted a process against the leader of the opposition, Matteo Salvini, over his handling of migrant rescuing operations during his tenure as interior minister. The event unfolded against the backdrop of a long-running row over the politicisation of justice, which has stirred controversy and calls of reformation from across the political spectrum

August 2019. The weather is torrid, the Five Star Movement governs Italy together with the League, and the latter’s leader Matteo Salvini is at the frontline of an anti-migrant, anti-NGO rescue mission campaign in his capacity as interior minister.

The NGO ship “Open Arms” has been waiting off the coast of the island of Lampedusa for 19 days. Onboard are 107 rescued African migrants, including some minors, waiting to disembark. However, a series of orders signed by Mr. Salvini prevent Open Arms from docking in the name of national security.

After a legal (and very much political) battle, the migrants are allowed on land. Mr Salvini, who had performed similar stunts in other occasions (including against an Italian coast guard rescue operation), maintains that he defended Italian boundaries from illegal immigrants. Attorneys dismiss his claim and accuse him of multiple aggravated kidnapping and abuse of office in several cases.

Parliament prevents the processes from happening, even as the League topples its own government and its former allies team up with the centre-left Democratic Party to form the current one. But almost a year later, on July 30th, 2020, the Senate votes the authorisation to proceed with the Open Arms process against Mr Salvini, stripping him of his parliamentary immunity and endangering his very political survival.

“I knew how it would have ended because the Five Stars’ and the Democrats’ was a political vote,” declared Mr Salvini the following day while picturing himself as a victim of a “senseless injustice”. He reiterated his intention to defend Italy and the Italians, adding that he wasn’t expecting a medal for his actions, but that risking 15 years of imprisonment was “folly”.

The NGO Open Arms welcomed the Senate’s decision as an “important occasion to re-establish the truth and reaffirm, once and for all, the international and national laws that regulate our civil coexistence.” A few hours after the decision, interior minister Luciana Lamorgese announced her plans to reform the controversial security laws, spearheaded by Mr Salvini, targeting migrant-rescuing NGOs and refugee integration.

The Senate vote rekindled the debate over the politicisation of justice, which has been lingering in Italy since the unfolding of a corruption and morality scandal involving Luca Palamara. The latter is a high-ranking magistrate, former leader of an influential current of moderate justices and former member of the Italian judicial system’s self-governing body, the CSM.

No substantially incriminating evidence has emerged from intercepted messages. However, Mr Palamara’s personal attacks against Mr Salvini and his clear urge to indict him by all means necessary angered the right as well as a good portion of the public. The investigations also hinted to possible instances of manipulation of justice for political and personal ends – enough to prompt a string of resignations from the judiciary last year.

Mr Salvini has since written to Italian president Sergio Mattarella expressing worries about the impartiality of the judicial system. The president, who is a jurist himself, voiced his “grave concern” for the events surrounding Mr Palamara’s case and called for a “rigorous respect for the Constitution,” while also maintaining that the health of the judiciary wasn’t ultimately compromised as it had brought forward the case.

According to the right, justice is being politicised again in the Open Arms process. Even centre-left senator Matteo Renzi, despite voting against Mr Salvini, spoke out against his own coalition partners, the Five Star, and current prime minister Giuseppe Conte, who led the former government, too. He accused them of voting against Mr Salvini despite their silent consent for his actions last year – something they dismiss.

“Once again, the political use of justice is the weapon through which the left wants to free itself of its opponents – it’s the same method they used against me,” commented Silvio Berlusconi, whose party is also a member of the centre-right coalition. He has long maintained that his political career was seriously impacted by the politicisation of justice.

A series of intercepted conversations and testimonies from members of the judicial hinted that Mr Berlusconi’s political downfall was “guided from above” in a dynamic that’s comparable to what is now happening to Mr Salvini in the “Open Arms” process. Regardless, no evidence sufficient to completely exculpate either (or support their “political coup” narrative) has ever been produced.

The third ally in the centre-right coalition, Giorgia Meloni, expressed her unfaltering support for Mr Salvini and vowed to defend Italy from “cowards and traitors” together with him. Dubbing the Open Arms case a “terrifying precedent in Italian democracy,” she lamented the loss of rule of law.

Formiche.net reached out to Andrea Ostellari, senator of the League and head of the Justice Commission. “It’s clear that [Mr Salvini] couldn’t have acted unbeknownst to his allies. You had a government, you had [PM Conte],” he said, reinforcing the right’s position that this was an attempt to politically neutralise Mr Salvini.

Mr Ostellari spoke about the “profound crisis” of the current government, held together by the sheer will to contain the centre-right coalition’s electoral power. “I’d like to remind, polls at hand, that if the country were to vote tomorrow it would choose a centre-right majority,” he said.

After the Senate’s decision, the Five Star argued that they believed Mr Salvini should face justice “like an ordinary citizen.” They denied their and PM Conte’s implication in the Open Arms affair. Their Democrat coalition partners simply stated that “nobody is above the law.”

Regardless, MPs and experts of all leanings are calling for a reform of justice and its self-governing body, the CSM. In an interview to Formiche.net, the Democrat Andrea Ceccanti explained that the reform of justice should be “mandatory” as its malfunctioning hinders Italy’s overall performance. He also called for a wider separation of the judicial from the legislative system, a view also expressed by lawyer and former politician Giuseppe Gargani.

Although the Open Arms case appears to be untainted from manipulation so far, the controversy and contrasting parliamentary decisions around the matter is sure to provoke some political drama at the very least – and heavy consequences for the Italian judicial system at the most. 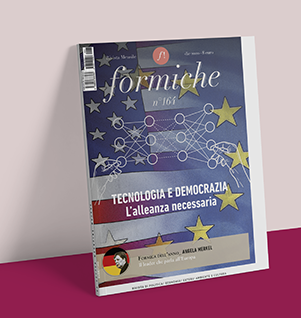