Why Italy could make a difference in NATO's Iraq mission - Formiche.net
Skip to content

Why Italy could make a difference in NATO’s Iraq mission 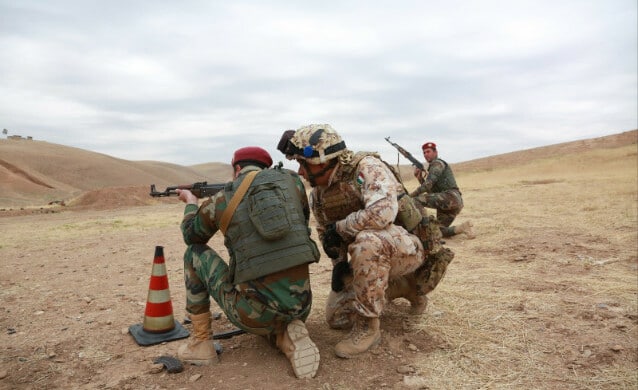 As the Americans withdraw from the region, NATO is set to increase its personnel. General Mario Arpino, former Defence Chief of Staff, explains why the Italians are a good pick to lead the Iraqi efforts

Last week, NATO defence ministers held a two-day virtual meeting, the first since Joe Biden moved into the White House. They talked about NATO missions in Afghanistan and Iraq, discussed burden-sharing and the NATO 2030 initiative, under the watchful eye of Secretary General Jens Stoltenberg.

General Mario Arpino – who has been Chief of Staff of the Italian Defence – then analysed and commented the summit outcomes on Formiche.net, focussing on the Alliance’s decision to sustain and expand the Iraq mission up to roughly 4000 troops. Starting with the rebalancing actions that must be undertaken.

The situation in Iraq is unstable, despite the 2018 elections that brought to power the moderate leader Adil Abdul Mahdi. Tensions are rife between the Iraqi state and the Kurdish region of Iraq (which had voted for independence in 2017), and their collaboration is fraught. Their common enemy is ISIS, whose military is defeated, but whose ideology and political arm remain a persistent threat.

To put it mildly, the Americans were never beloved in the country, even before they killed the Iranian general Qassem Soleimani on Iraqi soil last year – which enraged the Iraqi authorities. Locals are critical of the US’ prolonged presence in Iraq, which they don’t perceive as a stabilising factor. This is plainly evident without recurring to analysis: three missile attacks were recently launched against American strongholds in the space of a week.

Uncle Sam finds itself in a difficult position, explained general Arpino. On one hand, Shia groups manoeuvred by its rival Iran abound in the region (even though not all Iraqi Shi’ites side with Teheran). On the other hand, some Sunni groups merged with political ISIS when former President Obama facilitated the governmental rise of the Shia Al-Maliki at the expense of the nonreligious, independent candidate Allawi (whose Iraqiya party included Sunnis, Shia and Christians).

All that, plus years of humanitarian and civil aid mismanaged on the US side, widened the rift between them and the Iraqis society. President Biden now feels obliged to correct his predecessors’ mistakes, including the initial one, the invasion of Iraq by President Bush in 2003 that spurred years of conflict. A righteous move according to general Arpino.

However, since the Iraqi government is by no means capable of single-handedly staving off regional terrorism, the US Commander in Chief is greatly diminishing the American presence in Iraq in the knowledge that NATO will step in.

The Alliance will indeed scale up its local mission, whose main objective is the training of Iraqi forces, albeit gradually. According to AP, Mr Stoltenberg said he had spoken with Iraqi leaders and that “everything will be done in full consultation with the Iraqi authorities.”

Then general Arpino proceeded to make the case for an Italy-led effort in Iraq. The Italian defence minister Lorenzo Guerini already signalled his support for the expansion of the mission, and the Italian contingent on the ground – which counts 1,100 expert military personnel, 270 land vehicles and 12 planes – is set to increase in size.

What’s more important, though, is that Iraq is a land “of potential”, argued general Arpino, and it will “repay those who did not abandon it”. The presence of Italian personnel, he wrote, is accepted fairly well by Iraqi authorities. They are stationed in Baghdad as well as Kirkuk, where elite forces train the Iraqis of the Counter Terrorism Service and the Peshmerga fighters of the Kurdish Security Forces, along with other eight European nations.

Italy has shown its commitment to the stabilisation of Iraq, despite the precipitous withdrawal after the 2003 bombing in Nasiriyah and the blood shed by 5 soldiers in 2019, said general Arpino. Rome is a proven stabiliser, as its efforts in Lebanon and Kosovo show. An Italian leadership could be instrumental to progressing towards a higher degree of security and operability in Iraq. 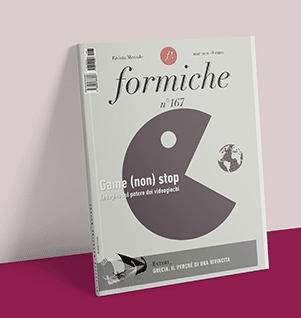