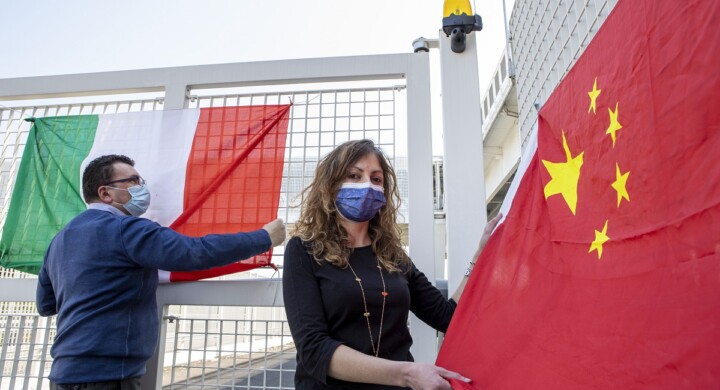 A new poll shows a majority of Italians see China as an economic opportunity while still considering it a risky political partner. Meanwhile, Russia's Vladimir Putin is reported to be the Italian's favourite foreign leader

Italians are warming up to China, but not unconditionally. A new report by IAI, the Italian Institute for International Affairs, show that 60% of Italians see an economic opportunity in the strengthening of relations with Beijing. A relative majority also thinks that promoting export should be Italy’s main focus – 29% of interviewees, more than double compared to 2017.

Despite an increase in favour towards China, Italians remain evenly divided about its political and economic influence over Italy. Roughly half of the interviewees weren’t worried about either; the other half expressed concerns. Right-leaning voters were the most apprehensive in the political spectrum.

In the ranking of the Italians’ geopolitical worries, the threat of China’s growing global power placed third, after climate change and the Libyan crisis. Tensions between Russia and the West ranked fourth and last.

Notably, the Covid-19 pandemic favoured the perception shift towards China. Italy was the first Western country to experience the brunt of the health crisis, and aid from its traditional allies came slowly at first. This provided an opening for China to quickly set up an aid programme – and dish out what seems to be a well-thought out, sprawling propaganda campaign.

Formiche had already unveiled the Twitter campaign that accompanied the arrival of Chinese doctors and aid packages as the early stages of the pandemic. At that time, almost 48,000 tweets showed support for the initiative using the hashtags #forzaCinaeItalia (go China and Italy) and #grazieCina (thank you China). However, more than 41% of those tweets came from bots.

The push originated from Chinese embassies and political figures, who have multiplied their social media output in a concerted display of soft power. The content being promoted praises China and its purportedly better authoritarian regime, downplays Beijing’s initial handling of the Covid-19 outbreak, and is critical of both the US and the EU.

Beijing’s “information warfare” strategies have been likened to Russia’s. The Kremlin has a long track record of online misinformation campaigns aimed at undermining Western democracy, and China seems to be experimenting with it, too – enough to prompt the European Commission to recently name and shame China alongside Russia as a source of coronavirus-related online disinformation.

Incidentally, Russian president Vladimir Putin is reported by IAI to be the Italians’ favourite foreign leader. In Italy, admiration for Russia is roughly the same than that for the US and the UK (both of which have declined) and greater than that reserved for other EU member states such as France and Germany.

Analysts have noted that Chinese aid initiatives in Italy – as well as Russian ones – received a significantly greater deal of media coverage than the US’s. The IAI report that Italians approve of their government’s handling of relations with China and Russia.

An SWG opinion poll published on April 7th revealed that for the first time ever, Italians were looking more favourably upon international partnership with China than with the US. The shift came along a sharp decline in faith towards the European Union and its institutions and towards Atlanticism.

SWG’s most recent polling, published on June 15th, maintains that 8 Italians out of 10 fear Chinese hegemony; 71% feel the same towards the US, 62% towards Russia, and 52% towards the EU, although these figures vary depending on political leaning. 41% of respondents would like better relations with the EU, and those who want the same for US, Russia and China are, respectively, 13%, 11% and 10%.

The Chinese propaganda campaign unrolled a year after Italy signed a memorandum of understanding of adherence to the Belt and Road Initiative (BRI), a commercial corridor being built between Beijing and the West via Italy. The deal included several editorial accords between Chinese and Italian media outlets.

The IAI report shows that two thirds of Italians approve of the project because of its commercial potential and, to a lesser extent, because it would reduce their country’s economic dependence from the EU and the US. Furthermore, 49% would like Sino-Italian relations to be bilateral, as opposed to 41% who would prefer that Italy dealt with China together with the rest of the EU. Still, 20% of Italians view the BRI as an attempt to economically colonise Italy.

Finally, the IAI report remarks how poorly Italians feel about their global importance. Three interviewees out of four think that Italy has little to no international weight, and that internal problems should be prioritised over foreign relations. On top of that, more Italians agree that Italy should opt for a neutralist stance in the US-China confrontation.

The lack of faith in their own country would suggest a valid reason for the Italians’ loss of fascination for their traditional allies, as the country seemingly draws away from the European-Atlanticist axis. However, information campaigns also seem to have aided the process 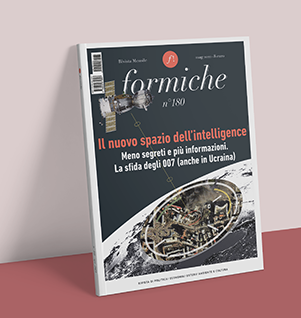 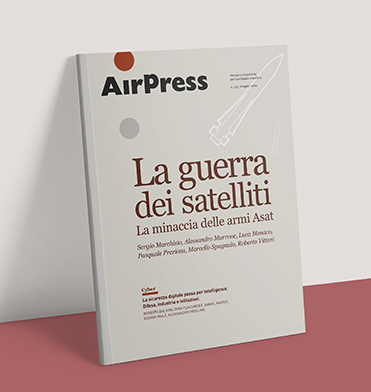