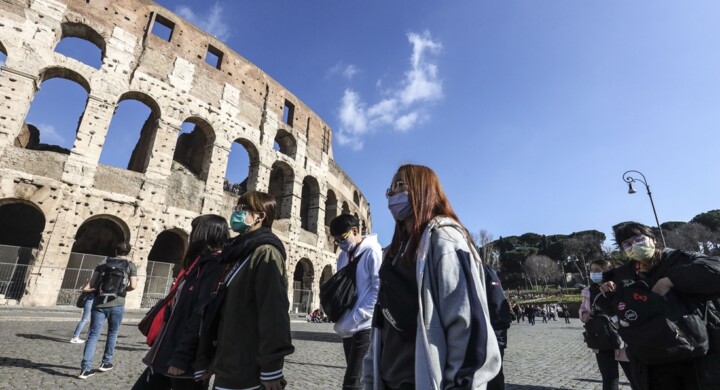 As European countries become ever more doubtful of their relations with China over human rights, counter-competitive commercial activity and espionage fears, the Dragon’s foreign minister Wang Yi is touring Europe to check on strategic partners.

On Tuesday, Mr Yi met with the Italian foreign minister, Luigi Di Maio, who in turn represents that part of Italian politics that’s historically closer to Beijing – even if it has undergone a remarkable realignment with the US as of late, as demonstrated by the minister himself during the presser that followed the talks.

“Our belonging to the EU and to NATO is more solid than ever […] Italy’s international positioning is clear to all,” announced Mr Di Maio, stressing that these are the preconditions of “frankness and transparency” allowing for the China-Italy dialogue to develop.

He also announced that Italy would “closely monitor” the Chinese implementation of the controversial Hong Kong security law. “We believe it’s indispensable to preserve a high degree of autonomy, rights and fundamental liberties for the region’s citizens.”

The foreign minister was indirectly responding to Nathan Law, a Hong Kong citizen who escaped the city fearing Chinese retaliation for his pro-democracy activism. Earlier, he had spoken out against the Chinese regime just outside the palace that hosted the talks, accusing Mr Maio of taking “no concrete steps” to help the plight of Hongkongers and cautioning Italy against China’s expansionist aims.

This implicit exchange didn’t fly over Mr Wang’s head, who appeared slightly annoyed when he mentioned that he and Mr Di Maio had spoken about Hong Kong “in the spirit of non-interference” and that the security law was actually a mean to ensure the “. In doing so, the diplomat highlighted that Beijing’s line on the matter is not up for discussion.

The two diplomats also outlined instances of future economic cooperation between the two countries, but the elephant in the room, being Chinese 5G, was not mentioned – partly owing to Italy’s not exactly clear-cut position on that matter. It is noteworthy to notice, however, how the scope and breadth of the China-Italy exchange has diminished in the past year.

In March 2019, Mr Di Maio was instrumental in brokering Italy’s memorandum of understanding with China regarding its adherence to the Belt and Road Initiative (BRI), the Chinese massive infrastructural and investment plan reaching across Asia to Western Europe.

That happened during Italy’s previous government and in wildly different, pre-coronavirus times. Today, Rome appears far less enthused about unfettered Chinese market access in its economy, and it appears as it has been undergoing a significant realignment with Washington, which in turn has been pressuring allies to curb the Dragon’s access to Western markets.

It’s no coincidence that Mr Yi’s travels mirror those of US secretary of State Mike Pompeo, who has been pushing the American adversarial stance on China among allies in the Old Continent. Beijing and Washington are locked in a confrontation encompassing commercial and industrial rivalry as well as political leanings across the globe.

Mr Yi’s tour is more of a “damage control exercise”, argued Lucrezia Poggetti, from the Mercator Institute for China Studies to the Chinese newspaper South China Morning Post. “Beijing’s main goal is to prevent the creation of a united transatlantic front against China, particularly on 5G” – something that is actually happening in several European nations.

One of the hottest areas of conflict between the two superpowers are the next-generation telecoms networks, known as 5G. The US have been accusing the Chinese of espionage through Chinese-built 5G components (manufactured by Chinese companies Huawei and ZTE) and they have been pressuring allies to exclude those from their nascent 5G infrastructures.

Some Western countries, including Italy, recognised the risk of espionage independently. Beijing rejects these accusations and seeks to pressure countries into keeping their doors open to its tech.

On 5G, Rome has chosen the middle ground: it did not ban Chinese firms altogether, but it made it extremely burdensome – if downright impossible – for companies to work with them; that is, if companies abide by the State’s extremely tight security measures.

“Let’s be clear: from 5G to the BRI, there’s not a single Chinese plan that succeeded in Italy,” argued Alberto Forchielli, economist and founder of Mandarin Capital Partners. “Italy will not take Huawei’s 5G […] In China, our country is placed among those in which the game for Chinese 5G is over.”

Mr Forchielli argued that Italy’s restrictions on 5G will prove too harsh for the Chinese. Therefore, China has a limited interest in Rome, and it will instead turn to Germany – the most important European agenda setter, that has not adopted the American line on 5G – to defend its interests. “The stronghold that must fall is Berlin, not Rome.”

However, the Italian government never clearly expressed where it stands on matters involving China, be them technological or related to human rights. “The current majority is anything but compact regarding the direction to keep on these matters,” explained Giovanni Andornino, professor in Oriental Asia International Relations at the University of Turin and vice president of Torino World Affairs Institute (TOWAI).

The expert noted that the signing of the BRI’s MoU contributed to China’s support to Italy during the acute phases of the pandemic – after which the Italians actually reserved more favour to the Chinese than to the Americans –  but that Beijing’s positive impact is nowhere to be seen within the next central issue, the Italian economic recovery. 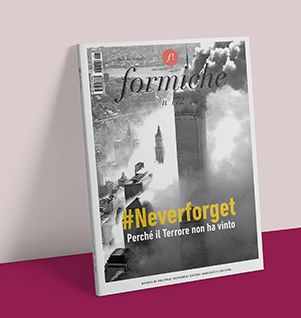