Propaganda made in China. Italy at a crossroads - Formiche.net
Skip to content

Propaganda made in China. Italy at a crossroads 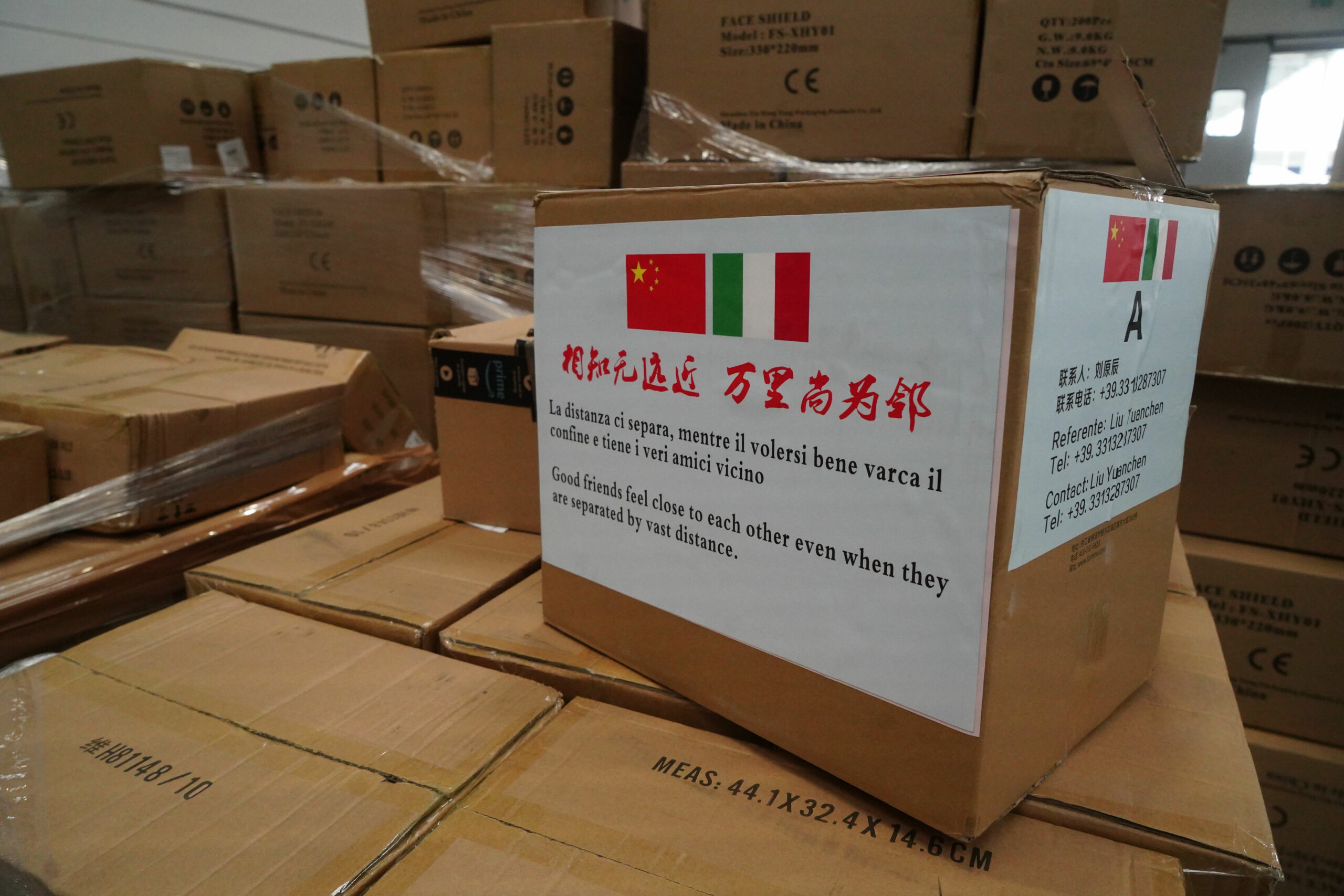 In Italy, China is no longer a mere news item: it directly makes the news. In a sector continuously struggling for its survival, the staggering number of secret agreements with CCP media outlets should be of huge concern

We have written multiple times about the fundamental role of information to counter the increasing influence and interference by the Chinese Communist Party in our Italian democracy. An operation that has visibly expanded during the coronavirus crisis at the beginning of this year. While considerable attention is being paid to the use of new media in these operations, less attention has been dedicated to the strategic sector of traditional media. These may play a crucial role in either enhancing the propaganda warfare launched on new channels, as has been the case during the same coronavirus crisis in Spring, or function as a reliable antidote to such operations.

On September 30, 2020, the UK Ministry of Defence published its Integrated Operating Concept 2025, setting out “a new approach to the utility of armed force in an era of persistent competition and a rapidly evolving character of warfare. It represents the most significant change in UK military thought in several generations. It will lead to a fundamental transformation in the military instrument and the way it is used.”

Central to the UK’s Integrated Operating approach is the recognition that while the nature of war remains a constant, the character of warfare is changing rapidly. Central to this is the use and pervasiveness of information warfare by adversaries who do not recognise the rule of law to “win without fighting: to achieve their objectives by breaking our willpower”, in making use of “an expanding, diverse and largely unregulated set of information tools to influence target audiences’ attitudes, beliefs and behaviours, leading people to cooperate, wittingly or unwittingly in the undermining of democracy“.

While arguably the UK document is dedicated mainly to rendering this insight operational within the military instrument, it clearly recognises the central role of a whole-of-society approach in which informational instruments play a key role. This is in line with the appeals me and others have launched multiple times towards the Italian decision-making bodies: the need to recognise the informational sector as one of the – if not THE – strategic sector of the future.

As the UK’s document further states: “The old distinction between foreign and domestic defence is increasingly irrelevant. When ‘fake news’ appears to originate not abroad but at home it gains credibility and reach, stoking confusion, disagreement, division and doubt in our societies. This has been particularly evident with the significant uptick in disinformation and misinformation during the coronavirus crisis.”

As we confront the second wave of the coronavirus pandemic here in Europe, as lockdowns are the “new normal”, as the ensuing economic woes of a growing number of people are creating increasing distrust, division and doubt in democratic institutions, the appeal of the “superior” authoritarian model propagated by China is gaining ground across the board. The fact that this message of propaganda – on which the CCP is investing massively – is being carried not only by new media, but also by Italy’s traditional media (at home) should be of central concern to those representing those institutions.

Instead, pushed in an ideological manner by the 5 Star Movement, disinvesting in this sector has become the new golden standard. The year before the coronavirus hit was marked by a huge row between the Government – and the Ministries held by the 5 Star Movement in particular – and the traditional media sector. Long campaigns by a united sector managed to salvage some of the financing instruments that maintain a pluralistic sector alive, but these instruments are plagued by chronic uncertainty and continuous cuts, leading to understaffing, highly precarious positions especially for incoming journalists and the exacerbated need to find outside sponsoring.

It is in this context that we have witnessed a staggering growth in the number of bilateral – and rigorously secret – agreements between Italian media and their Chinese state counterparts.

While some agreements had been in place for a number of years (e.g. news agency AGI and Xinhua had one for over ten years; state news agency ANSA had one with the same Xinhua since 2017), an incredible acceleration in this field was registered ahead of the occasion of the signing of the Memorandum of Understanding on the Belt and Road Initiative between the Chinese and Italian government on March 23, 2019.

In fact, the first Mou’s to be signed were exactly in the field of traditional media, as il Sole 24 Ore reports on March 20th: “While Chinese President Xi Jinping has not yet departed Beijing to go to Rome for a two-day State visit in Italy, the first collaboration agreements between the two countries are already being signed. It is precisely the field of information and media to spearhead the subscription of around 30 economic agreements that will be signed between Xi and Italian PM Giuseppe Conte on Saturday at Villa Madama.”

On the same day a high-profile “China-Italy Media Dialogue” was held at MAXXI, organised by China Media Group in collaboration with Economic Daily, Class Editori and Il Sole 24 Ore. Speakers at the meeting included Jiang Jianguo, deputy head of the Publicity Department of the Communist Party of China Central Committee, Li Ruiyu, Chinese Ambassador to Italy, Du Zhanyuan, Director General of the Chinese Foreign Languages Publishing Administration, Vito Claudio Crimi, vice undersecretary of state of the Presidency of the Council of Ministers with responsibility for publishing, and Michele Geraci, Vice Minister of Economic Development of Italy and known as the “Italian father of the MOU on the Belt and Road Initiative”.

The content of these agreements remains notably secret, even for those regarding publicly financed media such as Rai. We therefore have little to no idea of what their exact scope is, but we know all too well that the Chinese counterpart openly and repeatedly speaks of the use of information as one of its magic weapons to gain strategic advantage.

Undoubtedly, the words used to describe the agreements during the event at Maxxi by Jiang Jianguo will sound all too familiar to those studying the Chinese Communist Party when he called upon the operators of the information world “to assume responsibility”, recommending them “to stick to the facts and work for to make known the realities of Italy and China so as to improve the development of bilateral relations”. This is a common goal that can be pursued by promoting exchanges in both traditional and new media, “moving forward together on the path of development”.

Some other indications on the content of the agreements can be derived from its visible effects. Starting from the launch of the Week of Chinese TV on March 21st by Rai, Mediaset and Class Editori, during which twenty feature films, documentaries and TV series selected by Cmg, including the Italian version of the Literary citations of Xi Jinping, were broadcasted. Or the already cited article on the evident over-coverage of Chinese state “aid” to Italy – and significant under-coverage of true aid by allied countries – during the first months of the coronavirus crisis on Italian TV broadcasting networks. Or how about the coverage of the pandemic from China on Mediaset’s channel Tgcom24, where Liu Pai of the Italian-language department of Cmg became a regular guest, operating almost as a correspondent for the channel.

Indicative in that regard the letter sent by Cmg’s President Shen Haixiong to Mediaset’s President Fedele Confalonieri as reported by TGCOM24 on March 2, 2020: “Tgcom24 has conducted several television broadcasts with journalists from the China Media Group. I would like to thank Mr. Paolo Liguori and Mr. Luca Rigoni in particular. The China Media Group is willing to further strengthen exchanges in the media sector and cooperation in the field of news media with the Mediaset Group, and to talk about the active efforts made by the Chinese, Italians and other citizens of the world to fight the epidemic.”

But maybe most worryingly in a chronically under-financed sector struggling to survive, where news agencies therefore play an increasingly determining role in the selection of news content, is the use agencies like Ansa make of their Chinese counterparts. As evidenced in this article with Lindsay Gorman of the Alliance for Securing Democracy, the “news” provided by this agency on China is overwhelmingly made up of direct Xinhua feed. The picture rendered in the article, in which ten out of eleven current news items on China are taken directly from Xinhua, has – unfortunately – become a constant reality.

While no assertions can be made with certainty as the content of the agreements remains secret – notwithstanding our unheard appeal last Spring to the Parliamentary Committee in charge of oversight on public media to at least request insight into Rai’s agreement with Cmg -, these few examples appear to indicate much more than mere publicity agreements as we have seen with dedicated inserts or similar in other countries. Rather, it appears that Italian coverage on China is being gradually outsourced to China itself.

In the light of the assertions made in the UK’s Integrated Operating Concept, where informational warfare is recognised as a central tool in our adversaries’ arsenal – a concept the Chinese Communist Party itself touts – in an effort to undermining our democracies from within, immediate attention should be paid to this strategic issue. Only real information can counter disinformation, and while people are becoming increasingly aware of the pitfalls new media may represent and turn to traditional media to form their opinions, the capture of the latter by our adversaries should be a huge warning light for policy-makers.

Any democratic whole-of-society approach starts with an informed public opinion. Undermining this is the most formidable weapon any adversary seeks to harness. In Italy, unfortunately, it appears they are succeeding, unless we urgently recognise the strategic importance of this sector for the resilience of our country and start to counter this tendency. This includes not only gaining insight into the scope of current agreements, but also render our media environment capable of operating independently from such forces. Turning the tide on the chronic uncertainty and continuous cuts the sector is facing is key to such an effort. This is one of the crucial points that will be included in the proposal for a citizen’s right to know under discussion at the Parliamentary Assembly of the Council of Europe, which we hope may provide a contribution to rendering our democracies more resilient to outside malign forces overall. If not, they may have already “won without fighting”, more than we know.